Off-road racing contestant Harleigh Uren once again put his Maxxis Trepadors to the extreme test during the Western Australian Off-road Racing Championship’s Midwest Challenge, coming out with a great result for both himself and the tyres — finishing second outright and first in the Extreme 2WD class.

Harleigh started the race, held in Badgingarra WA in August, with a full set of shiny new Maxxis Trepador tyres which he admits he was keen to get dirty!

“Recce of the track left me super-excited to hit the track with everything it had for prologue. The deep sandy ruts were appearing and the whoops were starting to develop. It was great fun. Ending prologue in second place outright just 2 seconds behind the leader was a great place to be starting the race proper.”

After starting the race all went well until a solid wooden stake put a hole in a rear tyre toward the end of lap one. “I wasn’t exactly sure what the issue was — I think the soft sand was masking the effects of the flat tyre. I continued on, completing the entire second lap with a flat rear tyre. It’s a testament to how tough these tyres are they didn’t break up or delaminate.”

Harleigh says that by Sunday morning the track was getting rough, rutted and huge holes had developed. Despite some severe challenges with his vehicle including fuel issues and a broken axle – he managed to avoid getting bogged in very soft sand and got to the finish with his great result! 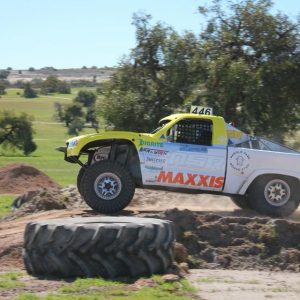 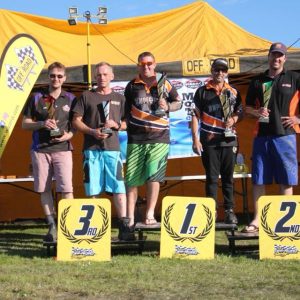 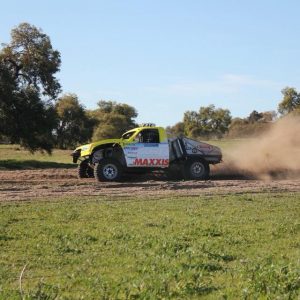 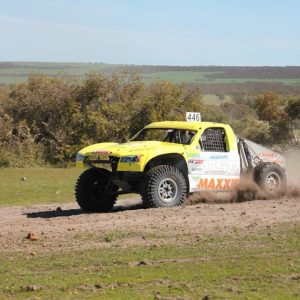 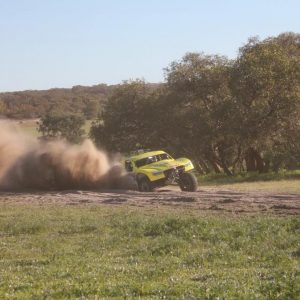 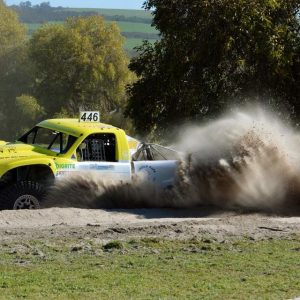 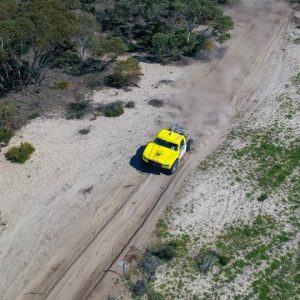 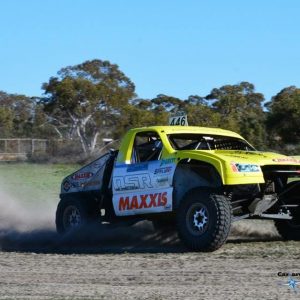 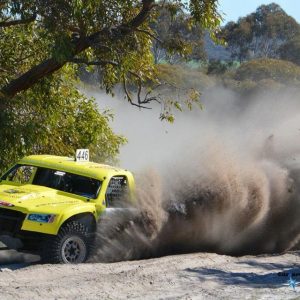