Anyone who knows what tough four-wheel driving is about would have heard of the infamous ‘Madigan Line’ on the Simpson Desert in central Australia.

The Madigan Line is regarded (quite rightly as the few who have crossed it have discovered) as the most challenging and interesting way of crossing the  Simpson Desert.

Among these few is Anthony Collins, who recently returned from an epic 14,500km trek around Australia in the ‘Black Knight.’

Anthony knew that such a rugged trek needed the toughest gear – that’s why he chose the Maxxis Trepadors to be the link between his well-equipped LandCruiser and the unforgiving terrain throughout the trek.

He soon realised that he couldn’t have made a better choice.

“I can honestly say without a shred of doubt that I’d still be sitting there if it weren’t for the Treps” claims Anthony. 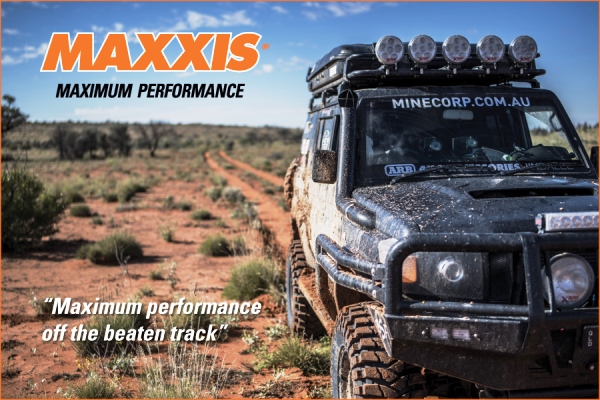